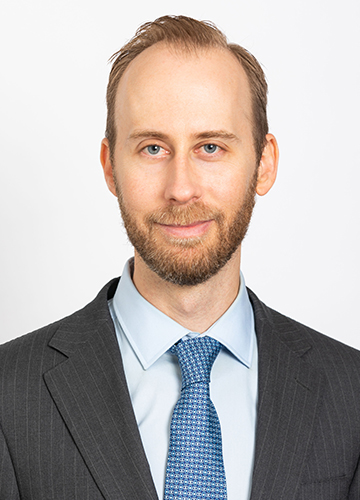 Grant S. Smith is a board certified specialist in international law, one of only 52 attorneys with that certification in the State of Florida. He is a second generation Miami native of partly Cuban heritage. He graduated from Gulliver Preparatory in Miami in 2004 and thereafter attended DePauw University in Indiana where he graduated in 2008 with a B.A. degree in English Writing and a minor in Spanish Language.

Grant thereupon accepted a position with a prominent regional Latin American law firm working at its head office in Quito, Ecuador. The primary focus of his practice in Quito was in assisting North American Fortune 100 companies conducting business in the country, and helping them in negotiating the administrative requirements of the many Ecuadorian government ministries. In 2014, at the firm’s request, Grant moved back to Miami to open their first North American branch office.

For the next two years, Grant S. Smith served as the sole Director of the Miami office, where his prime focus was on aggregating talent to help represent a wide array of Latin American entrepreneurs and multi-generational family businesses, either entering the U.S. market or involved in litigation in North America. In that position he was involved in a broad range of legal issues, often working with lawyers from other jurisdictions. Such issues included mergers and acquisitions, corporate start-ups, international asset protection, offshore incorporation, international asset tracing, commercial litigation, and procuring evidence for foreign proceedings under 28 U.S.C. §1782.